In this article, we will discuss What is router device? How router works? and the difference between router and switch. So let’s discuss.

What is Router in Networking?

It is used to establish connections between two or more different computer networks.

It can be a physical or virtual networking device, which is designed to receive the data packets from one network, analyze it, and forward it to another computer network.

Internet is the group of networks, means many smaller and bigger networks create the internet, and the router is the only device that can connect to these networks with each other. Router is connected to other routers also, and the data packets are forwarded from one routing device to another routing device until it reaches its destination node.

It is an intelligent device because it maintains a routing table, decides the packet’s next route, and also helps to find the best route to transmit the IP packets from source to destination.

A router device can be used in LAN and WAN environments. For example, It can be used in homes and offices for connecting devices, and can also be used to create a connection between different networks.

Basic Features of Router in Networking

What is a routing table?

Routing table is an electronic document that stores network information in his table.

The routing table is stored in the router device. Router uses this table and determines the path on the network. When a packet comes to a router, it checks its routing table, which helps to find the other network’s router using the IP address and forward it to the other network routing device, and so on. 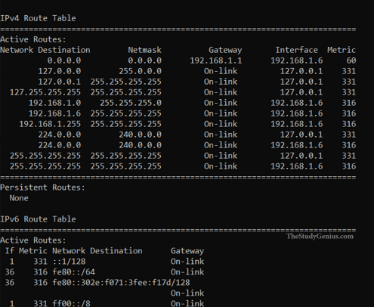 Basic internal components of a router?

Difference between Router and Switch | Router vs Switch

What is the main use of Router?

The main use of the router is to connect two or more networks and forward the data packets between networks.

Is router an intelligent device?

Yes, it is an intelligent device because it has the ability to intelligently forward packets on the best possible network route.

Can router filter the packet?

What are the basic internal components of a router?

Router works in which layer of OSI model?

Can a router connect two or more local networks?

Yes, that’s the main purpose of using a router to connect two or more networks with each other.

You can also Read:

What is Hub in Networking? and How it Works?

What is Switch in Networking?

What is Modem in Computer Network? and How Modem works?

What is NIC (Network Interface Card)? How NIC works?