What is Network Topology?

Topology is a pattern used to arrange the nodes or stations of a network. It is an arrangement of links, nodes, and workstations on a network.

Network topology defines the layout, virtual shape, or structure of a network not only physical but also logical.

Logical topology means how information is passed between two nodes in a network.

This topology is bound to the network protocols and defines how data is moved throughout the network.

Physical topology means how devices are physically connected with each other.

It is the physical arrangement of the devices on a network, including device location and cable installation.

Every local area network has a topology means in every LAN network, devices are arranged in some pattern or layout. There is various physical topology on a network.

Types of physical topology on network

In BUS topology, all the devices (computers, servers, printers, etc.) are connected to the single main cable.

This cable is the main cable known as BUS and acts as a backbone of the network, which joins every computer and peripheral in the network.

Both ends of this network have a line terminator. The data is sent in only one direction because when the data reach the end of the main cable, the terminator removes the data from the line.

When a device sends a message over the network, the message travel from the main cable so all the devices will receive the message.

What is BUS in computers?

In STAR Topology, All the devices are connected to central node, which can be a hub or switch.

The Central Node (Hub or Switch) acts as a server and other devices connected to the central device act as the clients.

In this topology, all the devices communicate through central device. Data from the source node is first delivered to the central device and is then transferred to the destination nodes.

So if a particular device gets an error then the network is not affected. But if the central device (hub/switch) not working for any reason, then the entire network collapses. 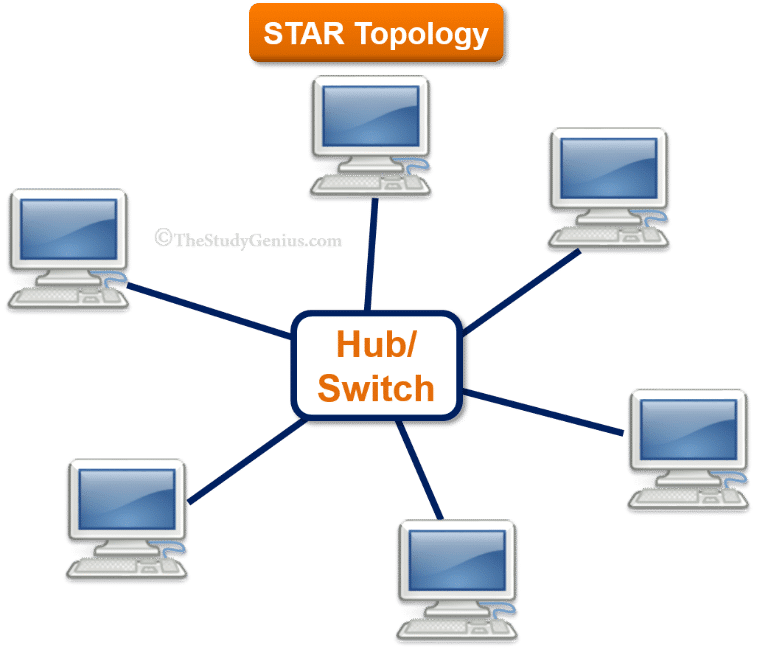 In RING Topology, All the computers (nodes) are connected in a closed-loop.

This topology works on the token-based system means a token is used to transmit data from one node to another.

How does ring topology work? 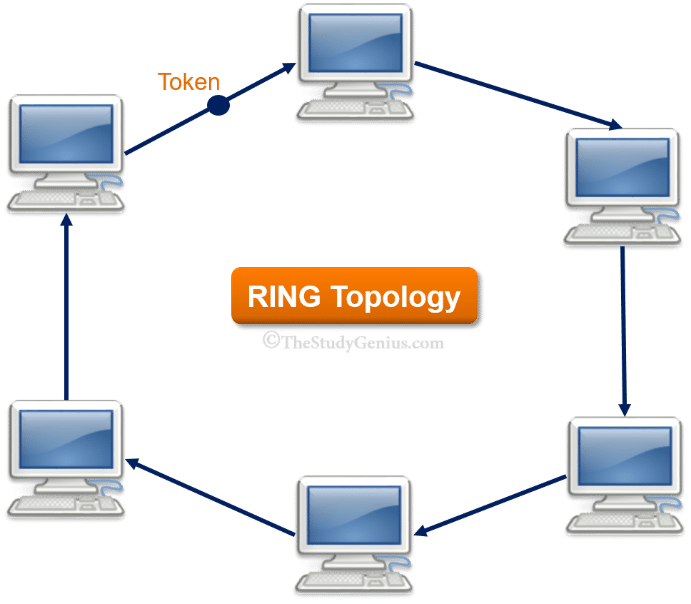 you can read this article: Different types of networks- PAN, LAN, MAN, WAN

In MESH topology, each device is directly connected with many other devices.

This topology does not contain any central device for connection instead all nodes are directly connected to every other node. Every device has a dedicated point-to-point link with every other device. 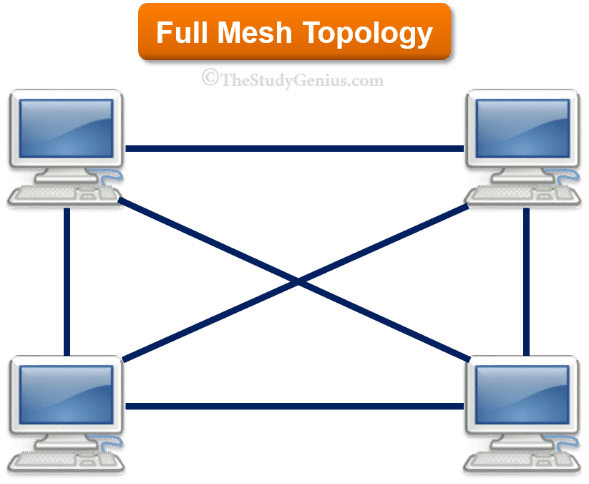 In the diagram of full mesh topology, a formula is used to find the number of links we needed:

There are two types of MESH Topology

In Full MESH Topology, each node is directly connected to all the other nodes on the network.

In Partial MESH Topology, some nodes are not connected to every node. 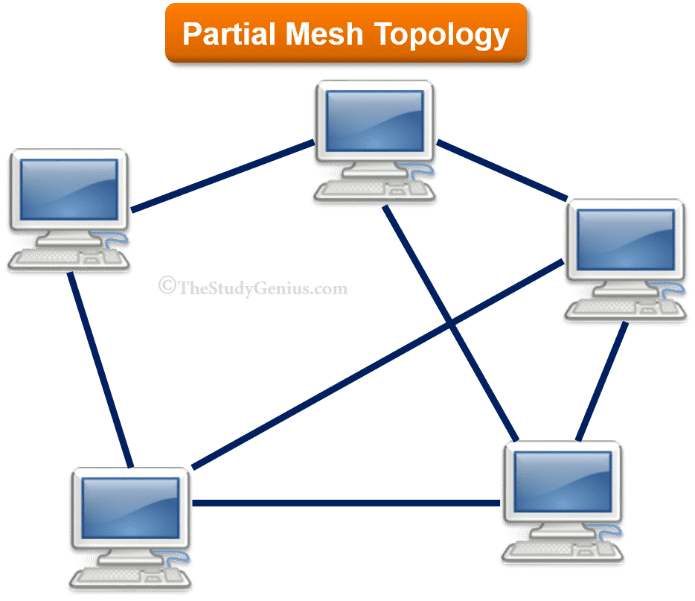 Tree topology uses bus and star topology together to create a network. This topology combines many star topologies using the main cable.

The whole network is divided into many chunks that can be easily managed and maintained.

In this topology, all devices are connected to the main cable in the form of star topologies. 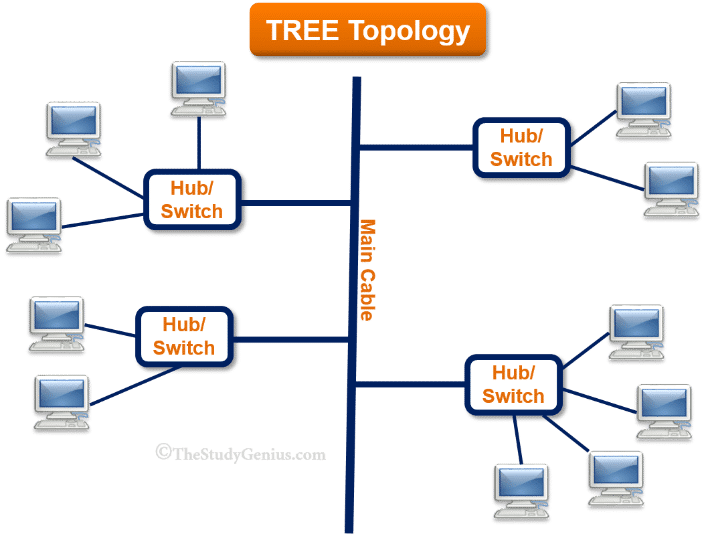 you can read this article: What is computer network?